Couple of months ago a DIY hologram sensation swept the Internet. Anyone with an old CD case and a smartphone could build a small but convincing hologram.

We got intrigued by the possibility to learn a bit more about hovering 3D projections and it also sounded like a lot of fun so we decided to give this a go. Naturally we wanted to do this the Devana way – a bit different. We decided to build the largest (to our knowledge) hologram of this kind.

The sides of a pyramid were made out of laser cut plexiglass and then precisely assembled to shape. Our first try involved a 22″ screen from which we played the hologram video but that didn’t work out. We needed a bigger picture.

So we took a room projector and a white board and projected the image from the above. This is what that looked like. 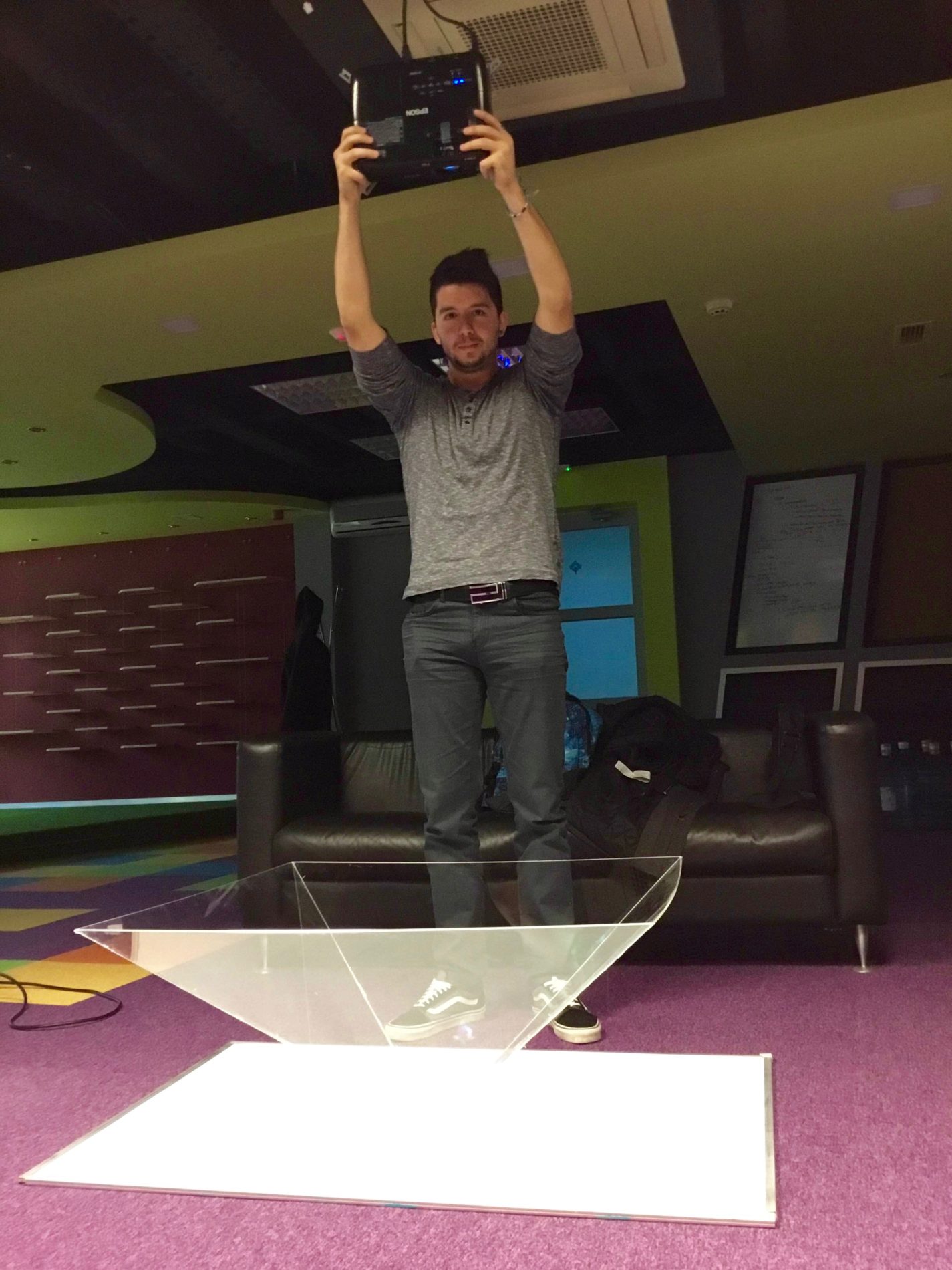 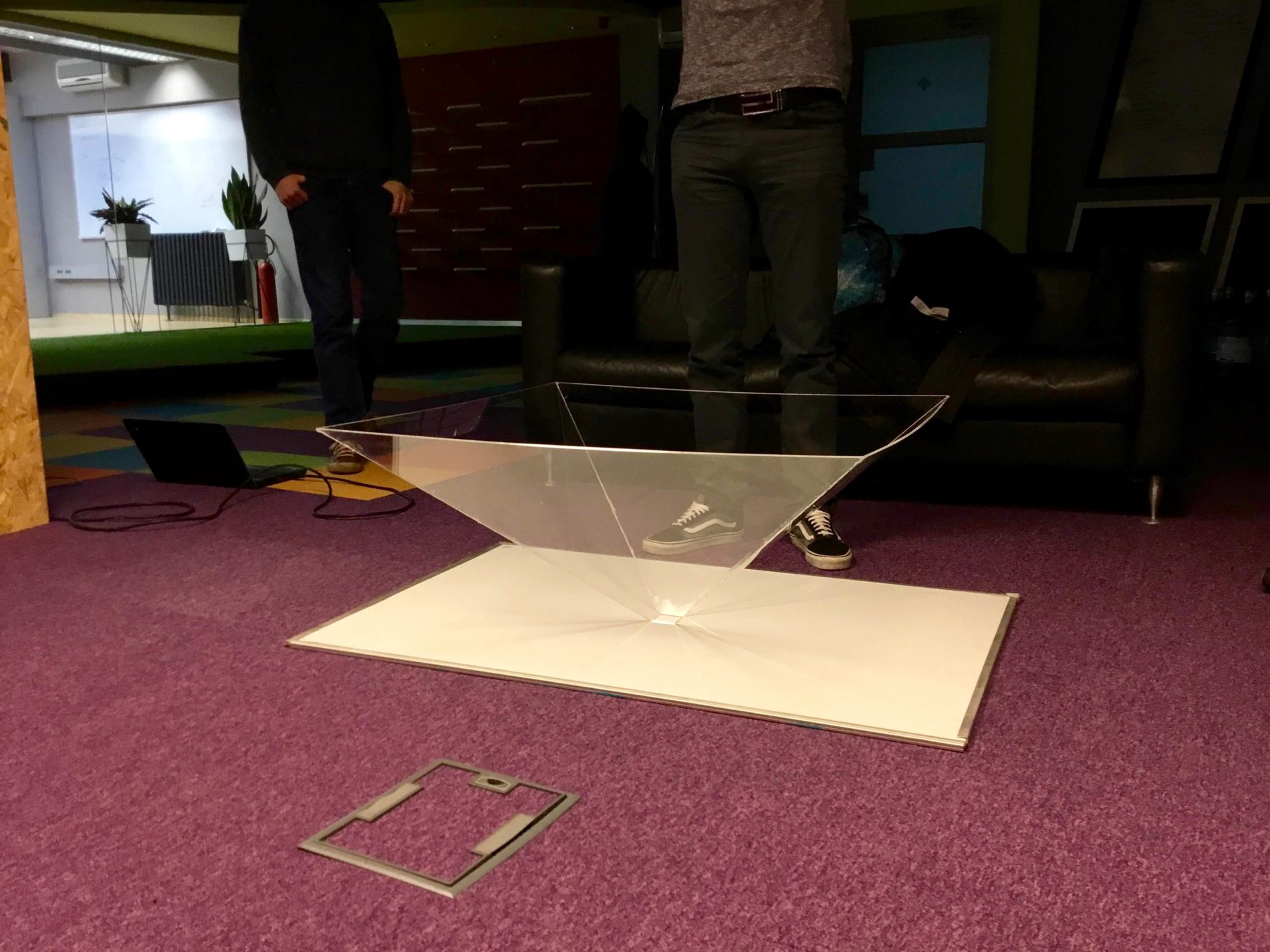 Lights out and 4-sided hologram video on, you get an illusion of an image floating in mid air.

Here is it captured on video.

Another one also showing the previous attempt with using a big screen to play the hologram image.

That was fun. But it wasn’t all.

The whole reason we built such big hologram was Minority Report – you know, the scene.

We wanted see if we could replicate at least some of that interaction with the tools we now had available.

We paired our hologram with a Leap Motion device. A sample app that then displays one’s hand as they move it in space was put in motion and very soon we had our interaction. It was kind of magical. See for yourself.

From here it is pretty straightforward. For example we could create further interaction by adding an interface around the hand to interact with, like browsing through some photos.

We just scratched the surface of what is likely to be the way humans will interact with their environment in the future.

The whole experiment played with our minds in interesting ways. There is something profoundly inspiring in this. We can’t exactly define what is it. The technology itself is still clumsy but the beauty of it is that anyone can replicate it easily. Besides, remember mobile phones? They started clumsy too.